The Second Saturday Documentary Series, in cooperation with Compassionate Fremont, the Tri-City Interfaith Council, and the Fremont Human Relations Commission, will present the documentary Waking in Oak Creek as the kickoff to “United Against Hate Week” in the Tri-Cities, the Bay Area, and beyond. 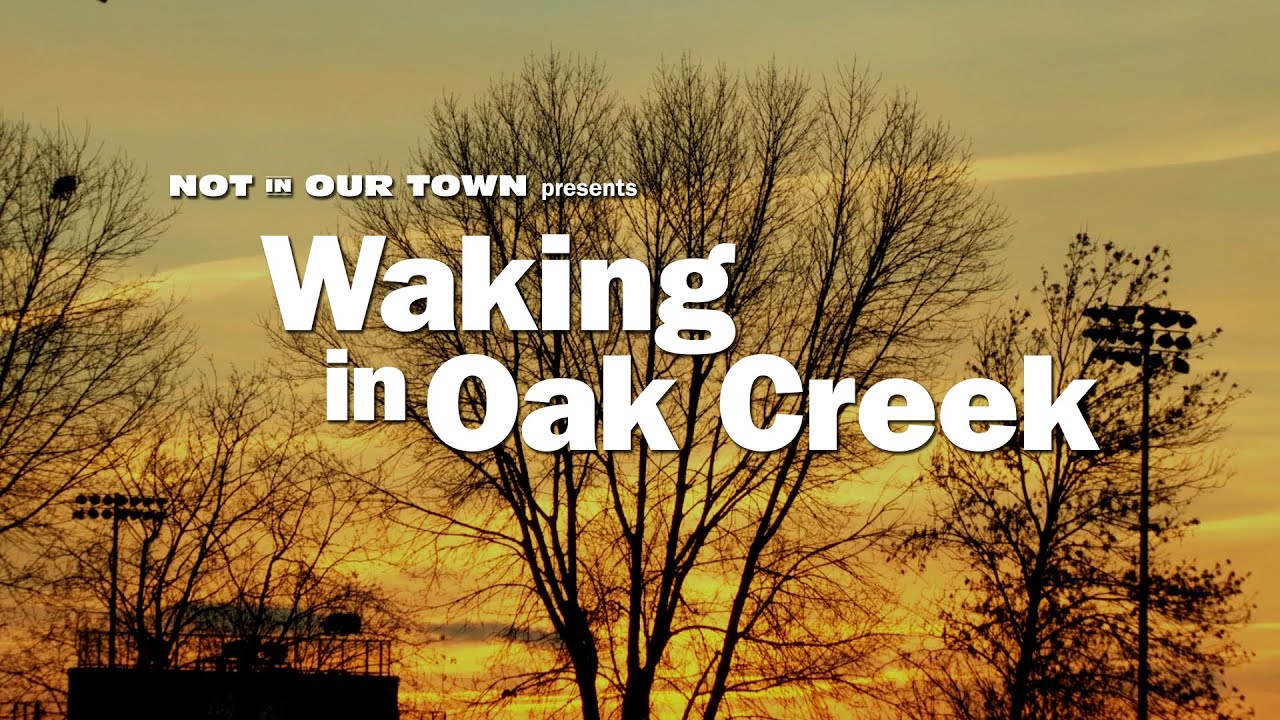 Waking in Oak Creek examines the impact of the 2012 mass shooting at the Gurdwara (Sikh temple) in Oak Creek, Wisconsin, impacts like the bond that developed between civic leaders and Gurdwara leaders, and the emergence of young Sikhs in the quest to end violence. “After six worshipers are killed by a white supremacist,” the film’s producers said, “the local community found inspiration in the Sikh tradition of forgiveness and faith.”

The film will be shown on Saturday, November 10, at 1:30 p.m., at Niles Discovery Church. The free screening will be followed by a discussion, led by Pardeep Kaleka and Arno Michaelis. Kaleka’s father was killed in the attack at the Oak Creek Gurdwara and Michaelis is a former white supremacist who now works with Pardeep on an anti-violence program.

Kaleka and Michaelis wrote the new book, The Gift of Our Wounds. It tells the powerful story of a friendship between two men – one Sikh and one skinhead – that resulted in an outpouring of love and a mission to fight against hate. They have appeared on CNN’s “Anderson Cooper 360,” the BBC, MSNBC, and “The View.” and in The New York Times, The Huffington Post, and The Washington Post.

“United Against Hate Week” (November 11-18, 2018) is “a week of local civic action by people in every Bay Area community to stop the hate and implicit biases that are a dangerous threat to the safety and civility of our neighborhoods, towns, and cities,” the Rev. Jeffrey Spencer, senior pastor at Niles Discovery Church said. “This Second Saturday Documentary Series screening is going to get the week going by starting things a day early.”

Another event scheduled in Fremont that week is a “Bystander Intervention Training,” which will be held 7:00-9:00 p.m., on Wednesday, November 14, at Temple Beth Torah, 42000 Paseo Padre Pkwy, Fremont. More events around the bay area are listed on the United Against Hate Week website, www.unitedagainsthateweek.org.

It all started with a poster

Last fall, when members of white supremacist groups began a campaign to hold rallies in Berkeley and Oakland, California, a group of community leaders came up with a way to make a statement that neo-nazis, their hatred and their ideas were not welcome in the East Bay. The created a simple and clear sign that could be posted in businesses, civic centers, schools, faith communities – anywhere people gather – that simply said, “Berkeley Stands United Against Hate” and “Oakland Stands United Against Hate.”

Other cities followed suit. Last spring, “Fremont Stands United Against Hate” posters started springing up in the southern Alameda County city. The poster printing and distribution was spearheaded by Compassionate Fremont and the Fremont City Council even provided a grant for poster production.

The Second Saturday Documentary Series is co-sponsored by Niles Discovery Church and the San Jose Peace and Justice Center. Learn more about the series at http://bit.ly/nilesssds.